6 Amazing Company Culture Examples
September 27, 2019
Viktor Nordmark
Prior to the 1990s, hardly anyone was bothered with company culture or even knew what it meant. Today is an entirely different story.
Still, no one really knows what it means - but there's an almost absolute unanimity surrounding the importance of strong company culture that has emerged out of management research in the past three decades.
Learn more
Company Culture Background

It's gained so much in importance that it's even become a differentiator in recent IPO-filings.
Company culture can facilitate a variety of predicaments, from relieving work-related stress to sustaining employee enthusiasm.

In conclusion, we can all agree that a strong company culture is a must-have for every budding company. But, how on earth are successful companies implementing the groundwork to a great culture?

We've all heard the crazy stories about how big tech companies treat their employees to huge breakfast buffets while getting a massage in golden hot tubs filled with money.

Fostering great culture takes devotion to the human element in business. Just to give some inspiration, here are 6 great examples of how companies with wildly different approaches to company culture have implemented it in their very own way. 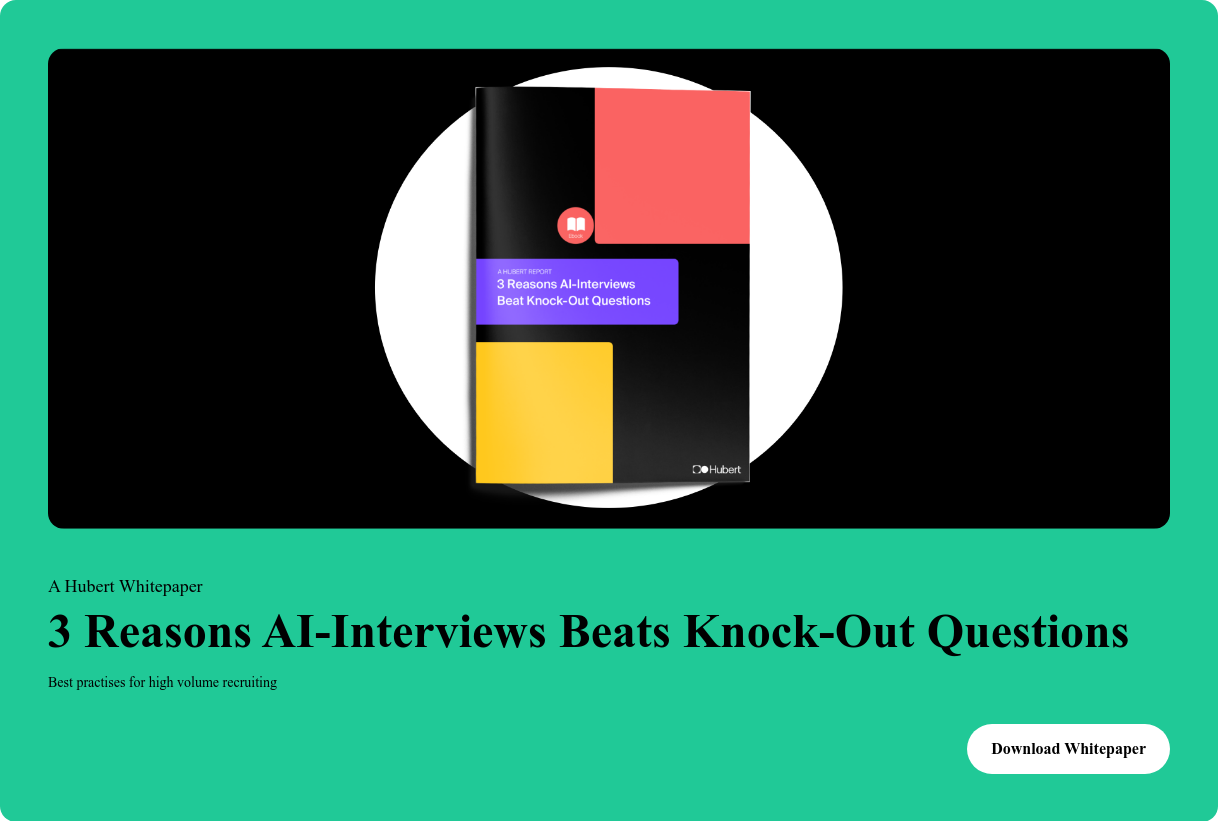 REI is an outdoor company on a mission to equip people for adventure while promoting conservancy for the environment. They have gained a solid reputation for being a great place to work over the years.

By going to great lengths to exclusively hire people with a true passion for the wild and the environment, REI has built a culture unlike any other. Many employees attest to working for REI is like working in a tightly knitted family business. Only this family has more than 13.000 members.

Millennials are the new generation of employees driven by a growing sense of purpose more so than previous generations. Putting less value in monetary incentives and more towards making a real difference for something they truly believe in, they are a perfect match for the long term goals of the REI brand.

Pairing these outdoor geeks with a working culture to thrive in and a common vision for the environment is a large part behind the success of REI.
Employees are encouraged to undertake their own adventure and can even win free equipment by submitting their challenges in a monthly contest.

"There is a real sense of legacy and pride in the role we play advocating and enabling people to enjoy the outdoors. It motivates people to excel. There's a lot of passion. That builds a rare sense of camaraderie. It's very different from anywhere else I have been."

New generations on the labor market value different aspects than the previous. By making sure you attain to their needs you can create a great culture in a cost-effective manner.

A powerhouse within networks, software, and security. And in addition, a role model when it comes to company culture. Keeping employees included and engaged in companies of Cisco's size is an old and troublesome dilemma.

Instead of employees quitting when he or she grows tired of the current gig, Cisco has the advantage of being able to offer learning opportunities in order to tackle a new position within the company. On average Cisco retain their employees for 7.8 years which is in the very top of the industry.

This 'giving back'- attitude goes along with Cisco's infamous 'Conscious culture' that they use as a motto in shaping the organization. By conscious, they're referring to the two pillars on which they base their culture; Environment (inclusion, dignity, respect, equality) and Characteristics (how the culture reacts to internal behavior and beliefs).

‍Attracting employees in the tech sector is notoriously hard. Even though internal education is a large expense, it's one that really pays off in terms of ROI. Cisco has come to implement a way of letting their employees grow within the organization which benefits both sides.

Other than being known for high-quality streaming, Netflix is an outstanding thought-leader in the company culture domain.

Netflix stance towards internal rules is already iconic in the corporate world and has spurred a movement that surpasses the old, stiff views of large corporations.

The rules are simple enough: Act like an adult. And that's it.

As other companies claim they want to establish a family feeling Netflix makes a clear separation between business and leisure. Netflix is not a family. It's a team. And as in any serious team, underperformers are pushed out.

Netflix has found that high performing individuals are thriving in a trust-based environment without a set of strict rules to fence them. For example:

In need of a vacation? Sure take as much time as you need.

Need new gear? Absolutely, spend in the best interest of you and the company.

In a performance dip? No worries, we'll help you overcome it fast.

Rules are for the people who exploit these guidelines to their own advantage and you don't want those people anyway. So why spend time and money thinking up rules for them? Instead of setting rules for low performers design an environment built for high performers and high performers only. Low and mid-level performers are swiftly removed with the best intention both for themselves and for the company.

By being extremely careful with who they hire, Netflix has managed to build a culture of high performers thriving in the company of other high performers.

Pay close attention to who you are hiring and how they fit into the culture that you'd like to have in your company. Netflix has molded the perfect habitat for high performing individuals which in turn will attract likeminded people and discourage unwanted people.

When it comes down to what the highest priority is for Zoom, there's little question. Customer happiness has been the goal for CEO Eric Yuan since the very start.

And, according to Eric, the best way to have happy customers is to have happy employees. A simple idea that many talk about but few really practice.

"We want to make sure all employees, every day, they are very happy. Any time when they interacting with the customers, the customer can feel that. They think, 'Wow, it's very different [at] Zoom. They do not just want to sell something to us - they really care about us.'"

Zoom's devotion to happy employees is, in the end, a means to gain happy customers. And it seems to be working. Zoom has one of the highest ratings on Glassdoor.

In order to keep a great culture during rapid growth, Zoom trusts their current employees to refer job openings to their social contacts. The concept stems from the firm belief that employees know the culture they are working in best and therefore also know best what kind of people that will fit in it.

Shareholders with primarily an economic interest in a firm can sometimes question why there are so much resources devoted to keeping workers happy.

Having a company with a single strong conviction makes it easy for employees to know how to act and what to achieve to be rewarded. This guiding star is showing the way in every decision and spills over to all departments in the company and makes it easy to answer questions like 'Why do we need happy employees?'

You've most likely used or seen this forward-thinking presentation tool on several occasions. Prezi takes a new direction on old, boring power-point presentations, and more than 100 million users seem to approve of what they are doing.

Prezi also explores new ways to set an effective company culture.
It revolves much around building an environment adapted to different types of employees. Peter Arvai, CEO of Prezi, refers to himself as a typical introvert and has realized that a large part of Prezis success is thanks to other introverts like him. Unlike the normal startup-norm with booze-fuelled parties and high-fives, Peter emphasizes the important part that introverts play in companies and pursues an environment where both introverts and extroverts can thrive.

Traditionally, outspoken extroverts have a tendency to climb the career ladder quicker than introverts. At Prezi, introverts are encouraged to be who they are and not to fit into the startup norm. They get evaluated based on their performance and not on the ability to speak up.

It's not that Prezi is just for introverts - quiet and isolated. What Peter is trying to create is an arena where both introverts and extroverts can fit in and work together.

Where other startups have large parties or social gatherings, Prezi presents introverts with the option of taking a break for meditating or working in quiet rooms.

Who gets promoted and why is crucial when building company culture. It shows what you value in an employee and gives others a model to follow. Being holistic of what behavior is rewarded and what is not sets the beat for your culture.

Setting up a functioning company culture doesn't get easier when you have over 1,500 locations spread across the country. Whole Foods have been able to overcome the geographical difficulties by building gamified competitiveness into the system.

By measuring individual and team performance by metrics Whole Foods has enabled everyone to compete with employees from other locations. This benchmark has led to an ever-increasing circle of excellence among employees.

Considerable openness is found in many other places within the Whole Foods culture as well. Financial data is available to anyone and so are details about salaries. This fills the purpose of promoting openness and trust among all members.

In a sector of immense competition, many big players, and notoriously low margins, Whole Foods has effectively turned their company culture into a powerful weapon of competitive advantage.

Transparency and openness have traditionally been seen by management as a source of inconvenience when negotiating salaries and promotions. Whole Foods have turned this mantra on its head and use information clarity to promote a culture of self-improving excellency.

Even though these companies take very different approaches to building a culture, the common ground is that it is a conscious choice to invest heavily in it. Having set a pronounced and well-communicated culture can help your business in so many different areas from attracting the right people to distinguishing your company from competitors.

If you are curious about how employees view your company from the inside, Glassdoor.com is a great resource. Another important source of information is measuring employee engagement. If you need help with that, we at Hubert.ai have developed a great tool that enables you to collect qualitative feedback without sending surveys.

However you so choose to implement and measure it, company culture is a powerful ally.

The purpose of measuring
Insight
6 Amazing Company Culture Examples
September 27, 2019
Viktor Nordmark
Join our newsletter!
Learn more
Get the latest on AI in recruitment - Join our newsletter!
Latest Insights
January 24, 2023
How to ensure the survival and continued growth of your staffing agency
December 13, 2022
Why automation often leads to a better candidate experience
November 18, 2022
Why candidates are ghosting you and how to fix it
Latest Cases
January 5, 2023
Healthcare Staffing — Boosting Candidate Experience for Prime Care
December 23, 2022
How Jobandtalent scaled Hubert from 0 to 75.000 yearly interviews
November 28, 2022
Jobandtalent: Automating screening and shortlisting for 80% faster time-to-fill
Contact
Give us a call
(+46) 73 560 82 69
General inquiries
hello@hubert.ai
Swedish office
Malmskillnadsgatan 32
111 51 Stockholm, Sweden