How AI in recruiting improves team composition
February 4, 2021
Viktor Nordmark
Technology is becoming more and more ubiquitous in our lives. What started with the introduction of electricity has continued to progress into an era where AI-powered systems are commonplace. One area that's benefitting from this change is recruiting. AI in recruiting allows recruiters to find top talent rather than sorting through resumes and sifting through candidates for interviews.
Recruiters have long been tasked with the difficult job of selecting individuals who will best fit a team while considering cultural alignment, knowledge base, and previous experiences. But what if you, as a recruiter or HR manager, could get help with this?
Learn more
Why is team composition important?

We’re guessing you sit on many answers to this question. But to remind ourselves to never budge on team-quality, let us read up on it once more. A seamless team is one that works like a well-oiled machine. One of the best examples of this is a highly functional film crew. If you’re not familiar with film production’s inner workings, the construction of those teams is made so that nothing can be left at random. You can see it as an infinity eight. In one circle, you have every role needed on set; director, lights, sound, actors, etc., and in the other circle, you have every role needed for everything outside of the set, e.g., producers, PR, marketing, etc. Every person is attached to a specific department, and every role is connected to specific tasks on set. Therefore, everyone takes care of their own tasks to reach the same goal; create the movie.

Seen from the outside, film crews seem to consist of too many people, but you’ll see that every person is crucial for the end-result when you move closer. Most of the roles do not require to be filled by specific personalities, but they do demand a base-level of conscientiousness. If one member is late one day, the whole production is delayed, costing, at worst, millions of dollars.

The reason why film crews are so successful is that everyone is working towards a clearly defined goal and everyone has a clear responsibility. To finish the movie, they use supporting tools, such as; time schedules for each day, weather reports, and constant communication between team members.

Observing film crews can teach you a lot about creating a highly efficient team and trying to translate that onto your work as you, and possibly an AI, build teams.

How can AI compose a team?

To start with, AI in recruiting, in general, allows you to quickly compile lists of candidates that are better suited for the team. One way this is accomplished is by looking at skillsets. AI can take information about a company's hiring needs and compare it with their current team members' knowledge base and resumes on file to find individuals with all of the necessary qualifications needed for a new hire.

Recruiters can also access predictive analytics tools that allow them to predict which roles and personalities the company will benefit from in the future (but this is a whole other story that we can explore another time).

Using AI to compose the most efficient teams is, as of today, not common nor something that is on top of recruiters' minds when they are about to create a team. A couple of developers have set out to create AI of this kind, but it isn't completely straightforward. One reason is that there are many factors at play. The AI needs to comprehend the meaning of skills, experience, traits, roles, social dynamics, productivity, efficiency, etc. Simply put, a machine has to understand people better than people understand themselves. So, how could it possibly do that? 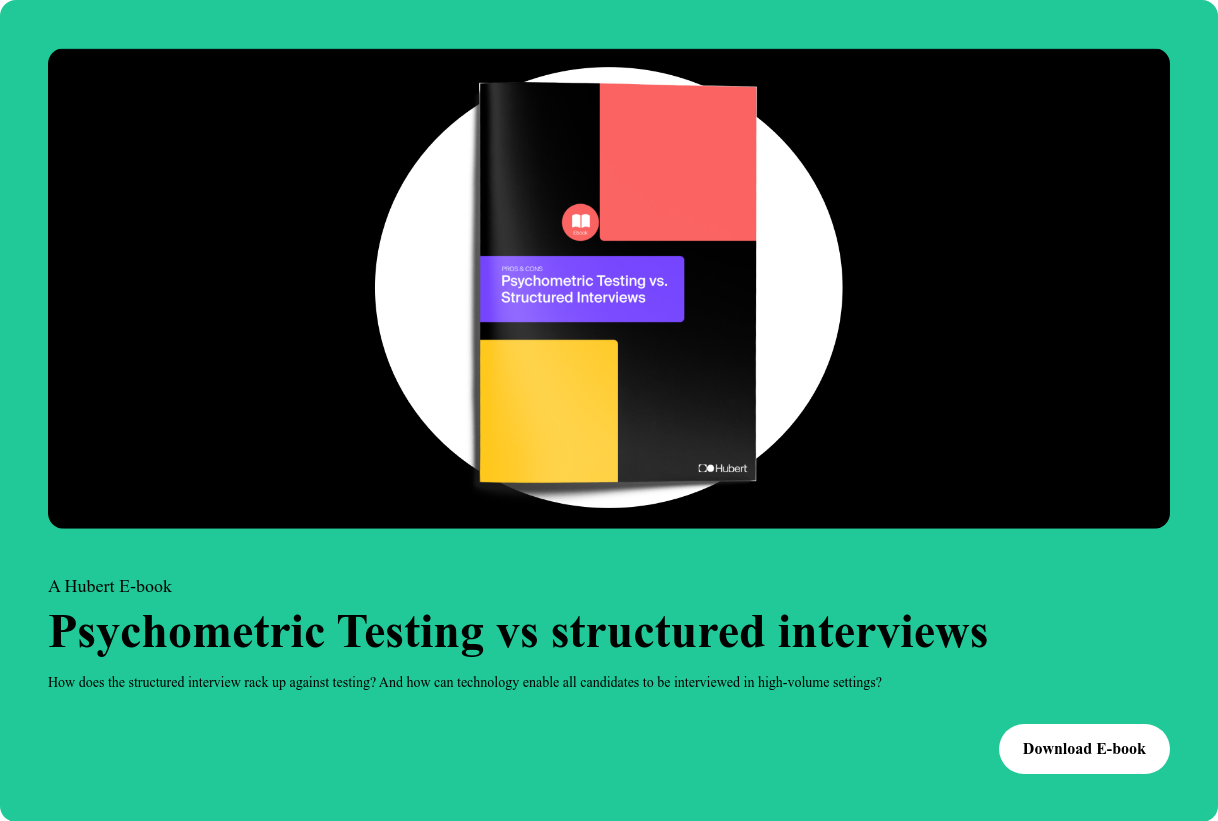 Without getting too technical but still get a better understanding of how this works, hear how Daniel Shapiro, the creator of an AI team builder, describes his method of choice for creating his AI:

"To fit a person into a role, we use regression (set of statistical processes for estimating the relationships between a dependent variable and one or more independent variables) to give every possible person in our list of candidates a fitness score that represents the likelihood they will do well in the job, and by extension, that the team will succeed in their goals. The person-to-job matching score is based upon the person’s history of doing such jobs (experience) and the history of that type of person doing well in that type of role. Types of people and roles are “discovered” using clustering. The candidates are ranked by top-n so that the top fits for the job can then be considered for each position. The goal of this matching system is to maximize team success, rather than maximizing jobs filled. To cover as many general rules and exceptions as possible, we architected a solution that uses wide and deep learning. The solution ends up being a recommender system."

It's a complex business, but imagine using it in your everyday workflow. By getting the data on a company's current employees, you can use it as input for the AI and, by that, decipher exactly what kind of person you need for the role. And if you’re creating a team from scratch, you can use it to create hypothetical personas based on your company’s goals and mission.

How does an AI team-builder affect the future of teams?

Since the AI will base its’ choices on competence, skills, and cultural fit, nepotism (hiring a friend or relative based on liking rather than competence) would be the first phenomenon to walk out the door, which would lead to a more competency-based workforce which in itself would increase efficiency and improve output. Although AI can’t be fully unbiased, we would also see more diverse teams regarding age, skin color, and gender.

Perhaps taking the human out of the team equation is not such a bad idea after all. It seems to open up for more efficient workdays for you, more diverse and efficient teams, as well as people being rewarded for their actual competence and not anything else.

Were you surprised to know that AI might be better at composing teams? Then you should go on and read up on why AI interview beat knock-out questions.

The purpose of measuring
Insight
How AI in recruiting improves team composition
February 4, 2021
Viktor Nordmark
Join our newsletter!
Learn more
Get the latest on AI in recruitment - Join our newsletter!
Latest Insights
January 24, 2023
How to ensure the survival and continued growth of your staffing agency
December 13, 2022
Why automation often leads to a better candidate experience
November 18, 2022
Why candidates are ghosting you and how to fix it
Latest Cases
January 5, 2023
Healthcare Staffing — Boosting Candidate Experience for Prime Care
December 23, 2022
How Jobandtalent scaled Hubert from 0 to 75.000 yearly interviews
November 28, 2022
Jobandtalent: Automating screening and shortlisting for 80% faster time-to-fill
Contact
Give us a call
(+46) 73 560 82 69
General inquiries
hello@hubert.ai
Swedish office
Malmskillnadsgatan 32
111 51 Stockholm, Sweden